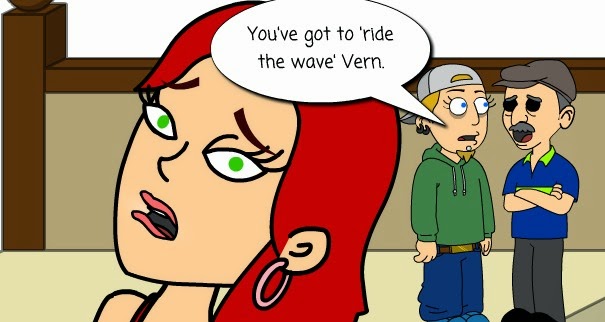 Raymond tells me that now I’m writing a blog I have to ‘ride the wave’. I wonder if he knows what he’s talking about half the time. Ride the wave? I’ve never been surfing in my life where does he think we are, ? Mind I did use to go to twice a year regular back in the day, once with the club and once with the chapel. There always used to be a religious revival about three weeks before the chapel outing. The Sunday School teachers couldn’t cope. Most of them left to join the Jovies.

‘Ride the wave’ be buggered! The beach was so packed you had to queue to get a sight of the sea. I usually ended up in the ‘lost children’ enclosure that was sectioned off at the top end of the beach. After a few trips the people there knew me by my first name. I even had my own plastic mug with a picture of Mickey Mouse on the side. My mother and father never failed to pick me up five minutes before the bus left. Like clockwork they were. There was just that one time but to be fair they hadn’t had me long and it was my first trip.
Happy days! 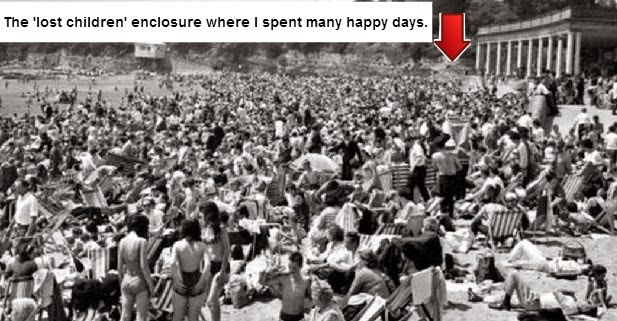 Raymond’s just explained what he meant by ‘ride the wave’. Apparently the wave he wants me to ride is a book called ‘Fifty Shades of Grey’. Very popular at the moment it is. They’ve even made it into a film. Why anyone would want to watch a film about different shades of paint is beyond me. Raymond says if I can work it into this blog it will double the circulation and maybe even tempt Brylcreem on board. I told him, “Raymond”, I said, “I am a trained athlete not an interior decorator.” Raymond said he would show me the trailer before I write any more.

I’ve just seen the ‘Fifty Shades of Grey’ trailer. It’s not about paint!
I told Raymond straight, “I’m not having anything mucky in my blog.” Anyway it’s something me and Megan never talk about, haven’t for years. Its common knowledge that s-e-x is bad for highly tuned athletes like me. I told Megan before we got married, “Bowls comes before ‘the other’ mind Megan”. She didn’t seem to object too much, funny that now I come to think about it.

S-e-x once reared its ugly head in our club, quite by accident mind, and ruined a promising bowler’s career. Simon was a new bowler and hadn’t quite got to grips with the proper terms (see 'Top Tips Number Two') . He kept calling the bowls ‘balls’ and the kitty ‘pussy’, though I have my suspicions that some of our less serious members had a hand in deliberately misleading young Simon. He could possibly have one day become a top skip like me. Sadly it was not to be.

Only recently married he returned home from a game in which he had been awarded ‘man of the match’ to be greeted enthusiastically by his young bride with the words, “Hello darling how did you enjoy yourself?”
To which Simon replied equally enthusiastically. . . 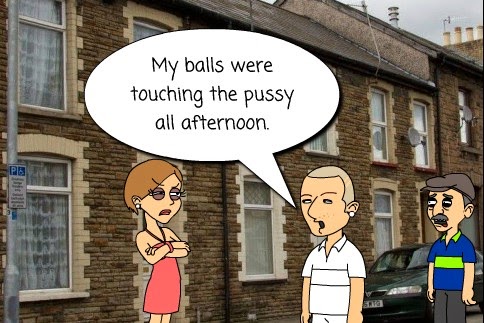 I have not seen so dramatic a change come over a person since Dr Jekyll turned into Mr Hyde. Before I had a chance to explain she had yanked poor Simon indoors and slammed the door.

It was as if Simon had disappeared off the face of the earth. For months afterwards neighbours only ever caught glimpses of him cleaning the windows from the inside. Somebody said his leg was chained to a radiator. Whatever, we never saw him at the bowls club again. One day a removal van turned up outside his front door and the next day they were gone.

I’m glad my Megan isn’t the jealous possessive type. She often says laughingly, “If they want you they can have you.” Too much passion can play merry hell with your delivery. So I told Raymond straight,
“No way is my blog going to be a platform for mucky stuff about ‘the other!”
He said,
“It’s a bit late for that now.”
I started to get worried.
“What do you mean?” I asked.
“Haven’t you read our sponsors book yet?” he said smiling.
“What,” I said starting to panic, “not that book Rowlands wrote?”

As it happens he had a copy of Jack’s High with him. He turned to a page that had a corner turned down and pointed to a paragraph. I had to sit down.

“Rose leads him onto the centre of the green just as Eve led Adam before the Fall. Jack knows he should be worried about his mother and the members who will shortly be arriving for the but he no longer cares. He wants to be seen with this beautiful woman, his desire for her transcends any boundaries shame and decency might attempt to impose. She lay down on the grass. . . ”

I couldn’t read any more! Jack Pryce our captain, and his floozie, rolling around on the green in the altogether when he should have been in the , and his mother had spent all afternoon making the sandwiches. Are there no depths of depravity to which men will not sink when the sexual sap rises? He didn’t even think about the damage they would do to the green. You’d never catch me and Megan rolling around on the grass, she knows exactly what to do whenever my sap starts to rise and I am a better bowler for it.

Looks like I’m stuck with bleeding ‘Fifty Shades of Grey’. To raise the tone and finish on a positive note here’s my favourite Welsh artist, Max Boyce, singing about a different kind of grey, Grey.

I must apologise to everyone who was expecting me to tell them how to get cheap clobber. You can blame Raymond and ‘Fifty Shades of Grey’ for that. Well now I’ve ridden the wave I’ll tell you all where to get it in my next post.